Home » Advice » How Do Muscles Move Bones? The Basics Of Musculoskeletal System

How Do Muscles Move Bones? The Basics Of Musculoskeletal System

The human body is a complex and complicated machine. It comprises of a large number of components that work together in order to generate the needed functions and activities. There are a large number of things that our body is capable of doing and the one core framework on which it all depends is known as the musculoskeletal system.

I know. This may sound like you are in a laboratory filled with scientists and doctors but do not be intimidated by the difficult terminologies used to describe the human body. There is always an easy explanation as to why and how things occur.

For a similar, simpler understanding of the musculoskeletal system of the humans, let us have a look at the discussion below.

As the name suggests, it comprises of the muscular system and the skeletal system. Together they form the locomotor system of the body. In many kinds of literature it is also referred to as activity system.

Whatever it may be called, the musculoskeletal system of the human body is a collection of components that help in supporting, stabilizing and moving the body parts. Major components that together make up this complex system are:

- What Is Bulking And Cutting? Get Muscular And Lean Body 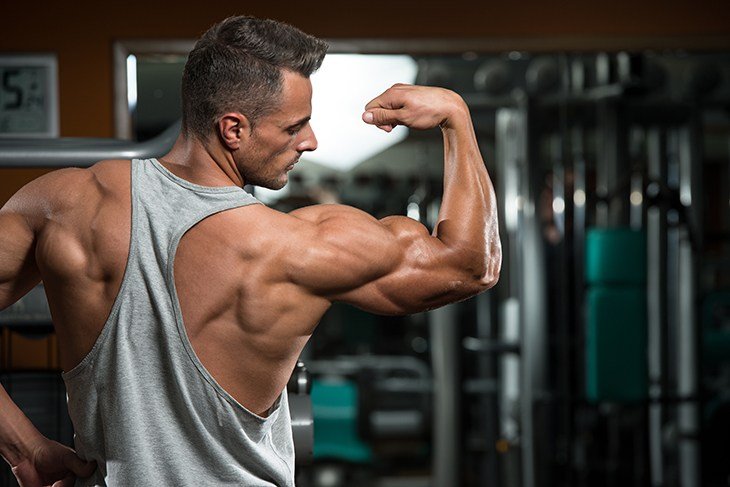 The coordinated efforts of all these parts provide the necessary outcome from the system.

The Musculoskeletal System Of The Human Body Is A Collection Of Components That Help In Supporting, Stabilizing And Moving The Body Parts

Whether you are sprinting your way up the school hall, you are scoring big time in a sports event, you are shooting ducks with friends or you are performing in any other physical activity of our daily life, the usage of your bones, muscles, and joints is taking place simultaneously.

No movement of the human body can be possible without the efforts of these vital components. In their absence, you will even lose the ability for sitting, standing, walking and to some extent even comfortably sleeping. 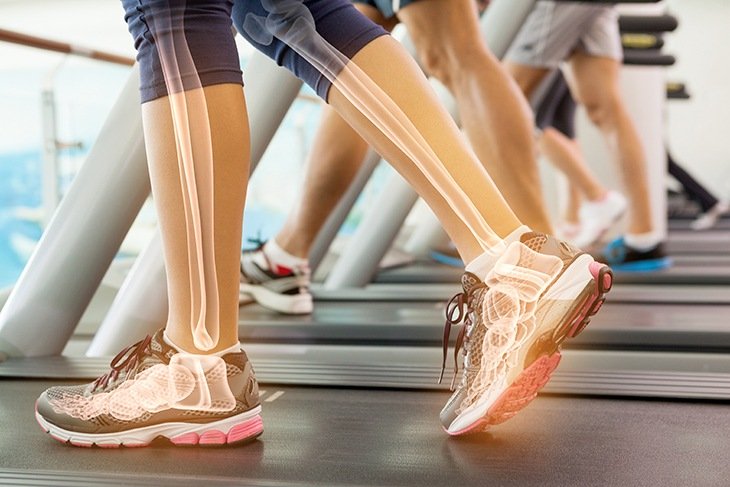 Starting from top to bottom, the human body is supported by the bony structure. This same structure or framework is responsible for giving the body its shape and necessary protection to the softer more vulnerable organs and body parts.

Even with their light weights and lean structures, bones are one of the strongest parts of the human body and are responsible for supporting the whole body weight.

The legs, in particular, are also incredibly important for supporting your body weight. Therefore, it’s a good thing to have stronger thi​​​​​ghs. Check out our article on how to get thicker thighs.

Another very important part of the musculoskeletal system is the joint. Joints are the connecting points for two different bones. They provide the necessary flexibility to the skeletons. Moving the human body cannot be possible without this vital part.

The movement of the body is not just dependent on the presence of joints but also on muscles that are attached to the bones. In more scientific terms, muscles are made from the tough mass that has some amount of elasticity. This characteristic allows the bones to be pulled during any sort of movement.

With the combined efforts of these three basic components, the body is able to perform various activities. There are also supporting components in the process like tendons, ligaments e.t.c.

Another great tip is to make sure you are properly using your body’s core muscles properly. To help with this, check out our buying guide for the best ab machines. 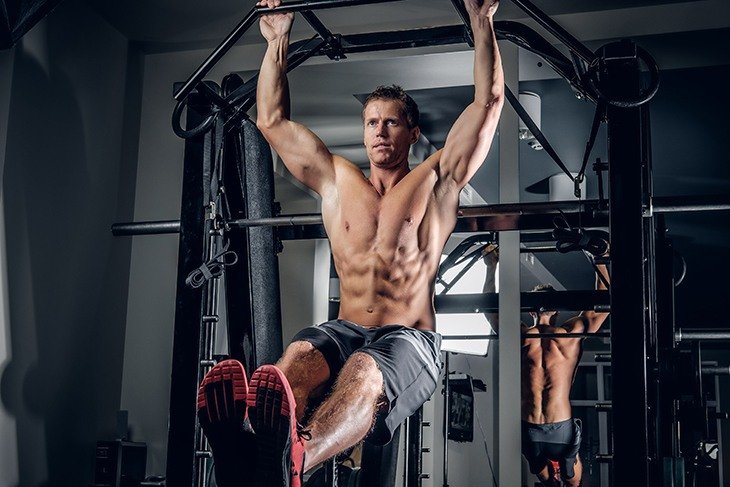 Now we are coming to the most important question. How do muscles move bones?

Not working in isolation, the muscles create a pull on the bony structures that provide them the ability to move in a particular direction. The muscles of the body are all attached to the bones. As the contraction of the muscles occurs, the bones that are connected will react in a lever movement. This in return will lead to movement of various parts.

With The Combined Efforts Of These Three Basic Components, The Body Is Able To Perform Various Activities.

The muscles of our body are made from fiber based tissues. These are attached to the bones with the help of tissues called tendons. So it is actually the tendon that creates and reacts to the movement orders.

The much-needed flexibility is provided by joints that are of several types. the whole process is consciously controlled by the brain. When the need for any necessary activity is felt by the brain, it will generate the movement order.

In technical terms, the motor cortex of the brain will create electrical signals send to the muscle through the spine and localized nerves. As soon as the command from the brain is received the muscles contract and movement is initiated.

During movement, the signaling is done with the cerebellum portion of the brain. This to and fro movement of the signals creates the necessary movement with the required strength. Flexors and Extensors

Muscles always work in groups or pairs. The two muscles that are most popular when it comes to moving are called antagonistic muscles. As already described the movement of the body is possible with pulling of muscles to move a bone.

Muscles used for bending bones are called flexors and those that straighten up things are called extensors. They work together to create the necessary bodily movements for our day to day activities.

One of the best, most commonly used pieces of exercise equipment that’s useful to you would be a power rack. Check out our buying guide here: 5 Best Power Racks 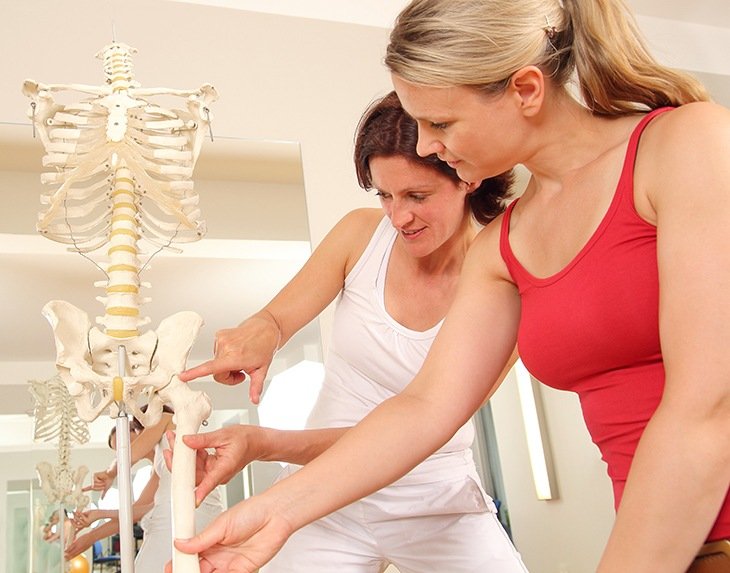 There are different forms of movements in the musculoskeletal system. They are classified into the following categories:

The fourth form of movement also occurs that combines the rotational and angular moves. It is called the CIRCUMDUCTION.

This was the brief explanation about the musculoskeletal system of the human body. It should be kept in mind that this is only a simple version of the working of this system. In reality, the process is very complex and involves a large number of nerves, tissues, and components.

So the next time you are sitting idle at the gym, just stop and think about all the movements that you make only in a single minute. Just imagine how many bones, muscles, tendons, ligaments and joints will be involved in moving your body for a simple single minute.

It is the mechanism of antagonistic muscles, extensors and flexors that help the bones to move and carryout the necessary functions and activities. Without them, the life of a human being will come to a complete stand still. Static and Stale. It would be living like a vegetable.

For any further comments and feedback, you can surely contact us!

Rate this post
We will be happy to hear your thoughts

What Can You Eat On Red Mountain Weight Loss?

Can Weight Loss Get Rid Of Hooded Eyes?

What Can You Eat On Red Mountain Weight Loss?

Can Weight Loss Get Rid Of Hooded Eyes?